It’s been an eventful 6 weeks or so since my last post. In that post I’d mentioned that I was heading toward Walla Walla, WA which I did…and nearly lost the trailer down a steep ravine. 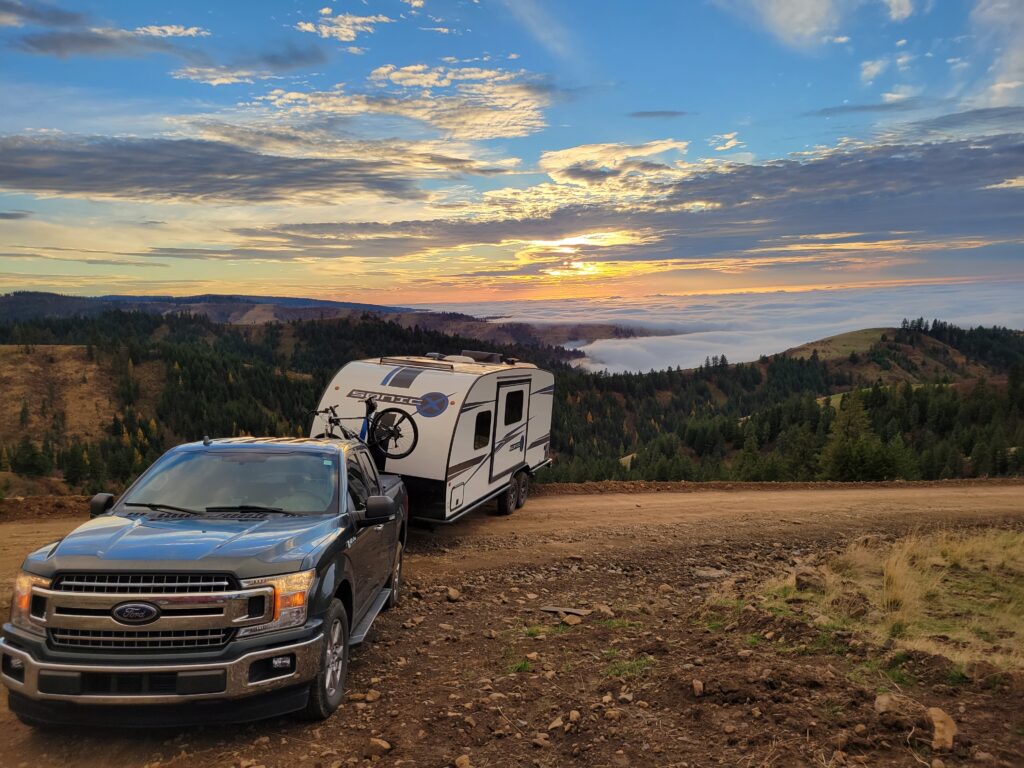 It’s hard to tell from the pic, but I was very close to going over that edge. Here’s another angle that doesn’t provide a sense of how steep the grade was but, as you can see, one tire was pretty much already over. 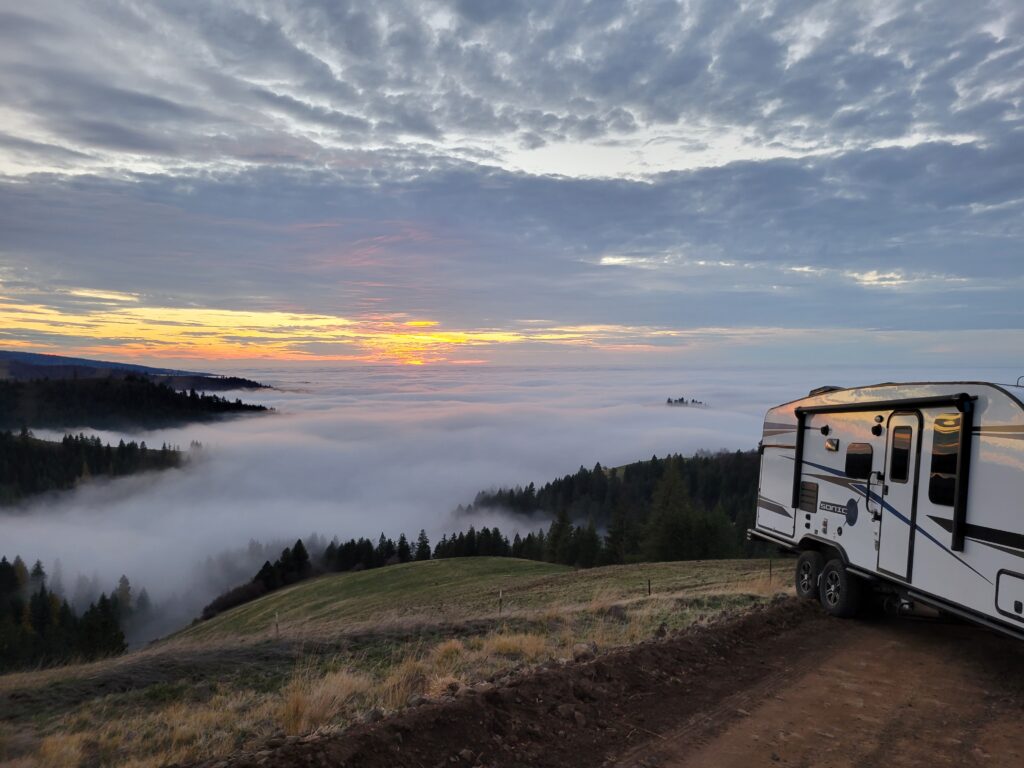 The incredible view belies the drama of the moment. I’d turned down a road that was, according to Google, a forest service road which meant I should have been able to boondock at any number of points along the way. It turned out both sides of the road were private property, something that became obvious quickly, but there was nowhere turn around for several miles. This spot was the first opportunity, but I was maneuvering up a small hill and my tires would do nothing but spin.

Every time I attempted to reposition to gain some traction, the trailer inched closer to the edge. Long story short, the folks who owned the property I was about to vault down into showed up and connected me with a friend with a tow company who winched me out of my mess and sent me on my way.

I landed at an alternate spot I’d researched which was about an hour away; a boat launch parking lot along the snake river that doubles as a ‘recreation area’. Not bad for a parking lot…

As you may recall, the ultimate short-term destination was Seattle in order to finally and definitely have my solar setup diagnosed and repaired by a rep from the manufacturer. The system hadn’t worked correctly for many months and for the past 2 or 3, seemed not to be working at all.

I arrived in Seattle Nov. 10 and dropped the trailer at a storage facility in Ballard, the other side of town from where I was staying at Scotty’s house in West Seattle but still pretty convenient. Being Seattle, we had to wait for a day with some sun for the rep to do his thing. The sun appeared on Nov. 16, as did the rep. He saw no obvious issues with the batteries themselves or the inverter, but coming down from the roof he made a pronouncement that began “I’ve never seen anything like this,” then completed that thought with words I’d been dreaming of hearing for at least half a year…”all four solar panels are bad. They’re up there doing nothing.” Vindication! Relief! Joy!

The manufacturer would be replacing the panels with more effective and efficient ones that are 50% more powerful than the original panels. Plus they would be upgrading the controller that acts as the intermediary between the panels, the batteries and the inverter. Now the hard part: getting an appointment with a genuinely qualified service outfit to do the work. (I’ve mentioned how every RV service center in America is choked with work with appointments scheduled months ahead.)

The rep tried to pull in favors from Seattle-area providers but December 23rd was the best he could do, which wasn’t terrible, but far from ideal. He asked where I was headed next. Southern California. Boom. He gently twisted a few arms and set me up with an appointment in La Habra in Orange County on December 9th.

In the meantime, I had a wedding to attend in NY on November 21. Since Seattle was my only option for getting a definitive diagnosis and fix for my solar mess, I’d made plans to stay with brother Scott both before and after my week in NY, including what turned out to be a fabulous Thanksgiving feast where brother Jeff drove up from Nevada and an excellent time was had by all.

The trip to NY was first class as well. Though I do have to share a snippet from my first subway ride in 3 or more years…

That aside, I spent a bunch of quality time with friends and family. The wedding, held at an event space in Jersey City with a beautiful view of the Manhattan skyline, was a blast. Here was the father of the bride and her two musician brothers playing one of her favorite Talking Heads tunes… 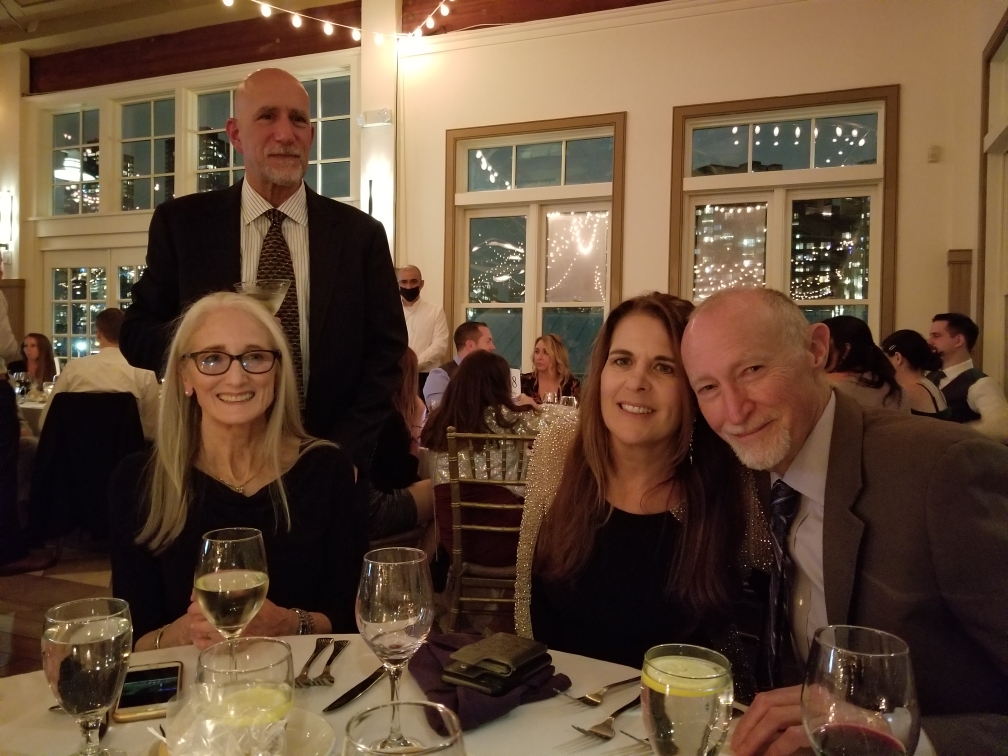 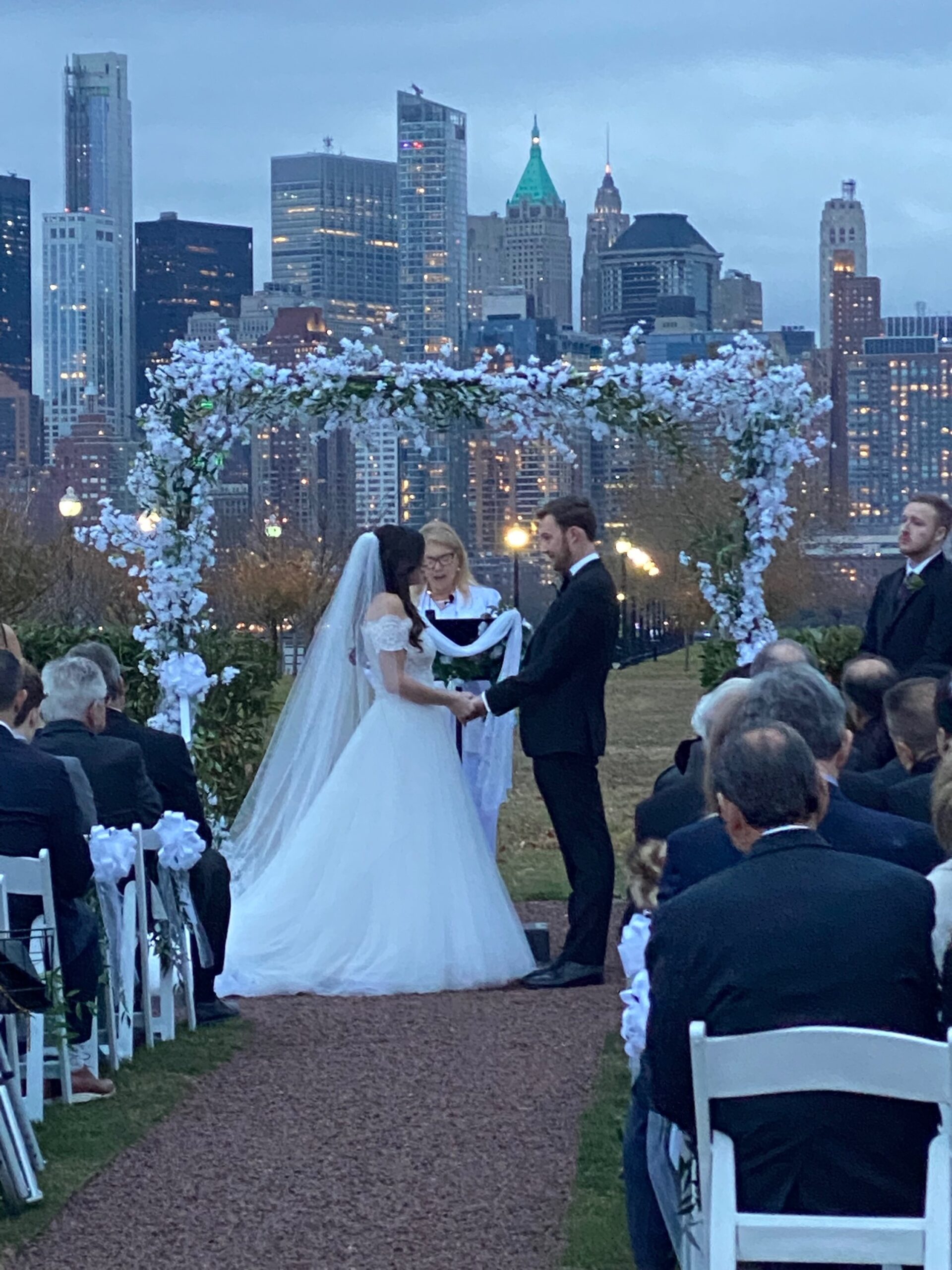 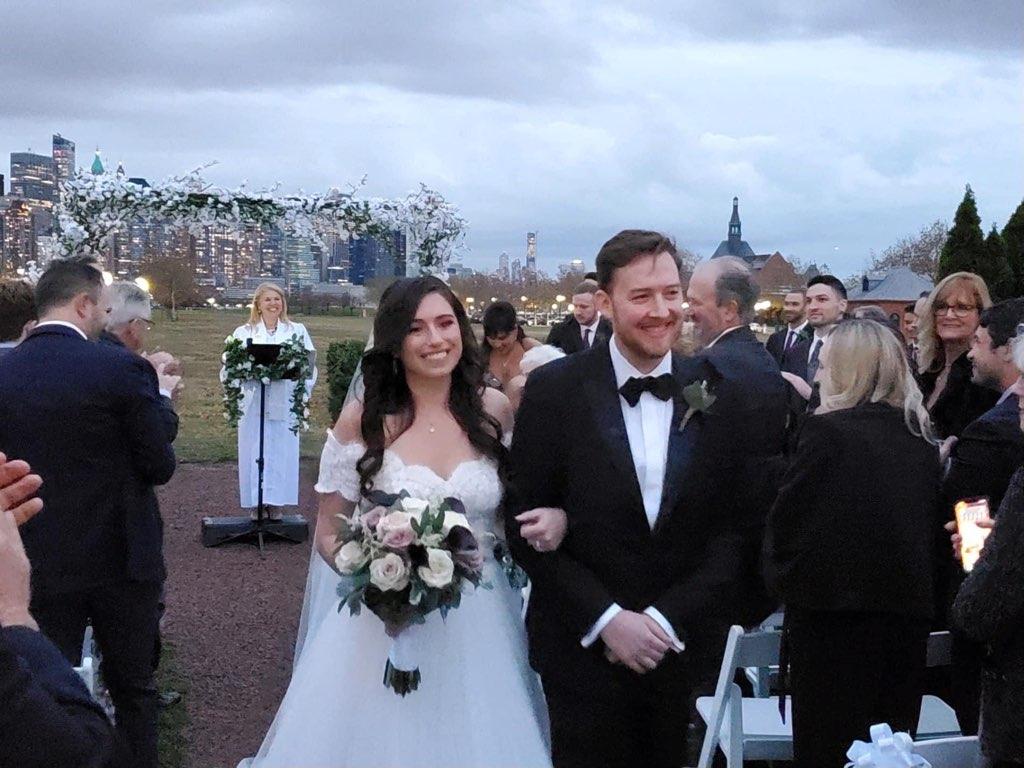 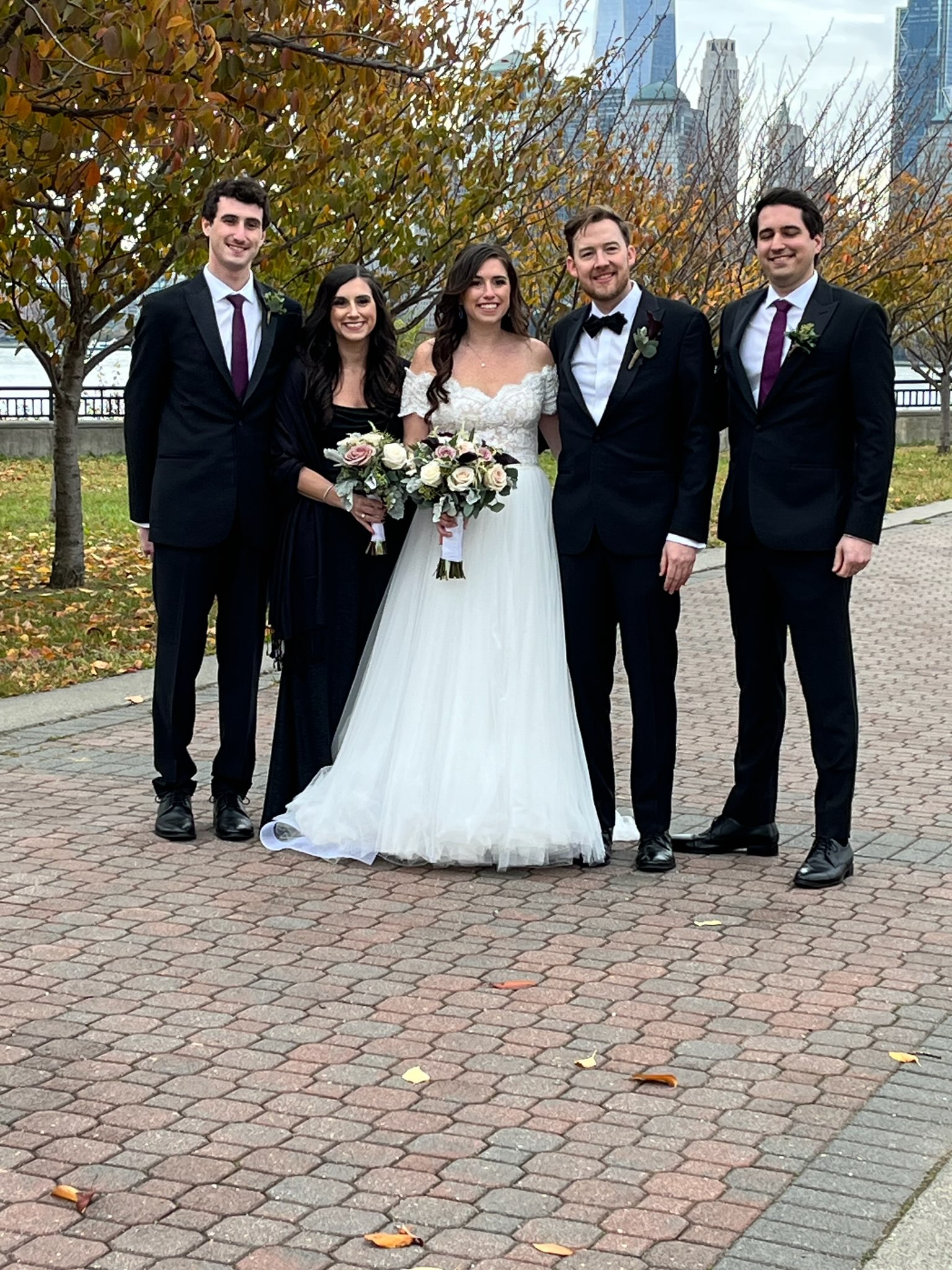 The work on the solar system was done as scheduled on December 9 and it all seems to be right as rain now. I’m currently boondocking in the desert, about 15 miles from Quartzite, AZ near the California border. Half the 15 miles is a rough dirt and gravel road like the one in Wyoming that ripped my pedestal table right out of the floor. This time, the table survived 🙂

It’s a pretty spot that, at least so far, isn’t being defiled by ATVs. (I’ve only seen one and heard a couple.) Here’s the lay of the land…

I spent 2 nights with my long-time buddy Lance and his bride Jenny (thanks again guys!!) in Irvine while the trailer was being serviced. Landed here on Monday and planning to remain as long as my fresh water and grey/black tanks hold out – up to another week or so. Then, ???